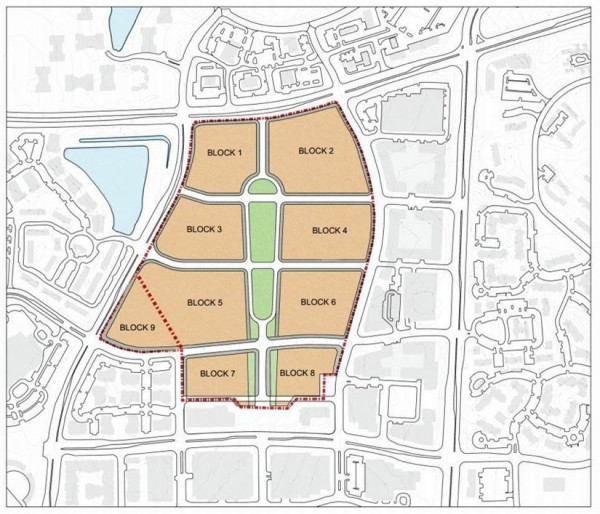 The central green area planned for Reston Town Center North may not be big enough for meaningful programming — but it remains to be seen whether the county or Reston Association will look for ways to expand the outdoor space.

John McBride, Reston Association’s land use attorney, gave an overview of the potential planning issue for Town Center North to the RA Board on Wednesday.

A land swap and reorganization were approved by the county Board of Supervisors last year with a goal of eventually turning the 50-acre parcel into a new home for the Reston Regional Library, the Embry Rucker Community Shelter, recreational amenities and housing.

While owned by the county and Inova, the land has been under RA covenants since the 1970s.

In the center of it all is open space, which totals about 4.5 acres including streets that will cross through it. Overall, there will be a little more than three acres of open space in a long, narrow layout.

“I still think it is not quite big enough,” McBride told the RA Board. “If it is too narrow, there might not be much programming ability.”

Other updates on RTC North:

Photo: Planned layout of RTC North with green space in the middle.