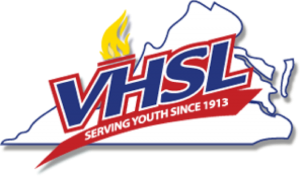 However, the league also says the move has more to do with geography than reaction to insensitive comments made by Liberty President Jerry Falwell Jr. and reaction from the Fairfax County Public Schools Board.

Nine of the 12 FCPS Board members wrote to the VHSL late last month advocating that future VHSL events no longer be held at the Lynchburg, Va., school.

The FCPS board comments came in support of several FCPS students who boycotted the VSHL Debate tournament in April in protest of Falwell’s comments last December. At that time, Falwell urged students to obtain concealed-carry permits and arm themselves so they could “end those Muslims.”

Falwell later said he was referring only to the Islamic terrorists who killed 14 people in December in San Bernardino, Calif., not all Muslims. Falwell told the Roanoke Times the Fairfax board had tried to “falsely portray Liberty University and me as somehow anti-Muslim. Nothing could be further from the truth.”

VHSL assistant director for compliance Tom Dolan told the Roanoke Times last week that a number of member schools sought to move the football championship games to a different part of the state for other reasons.

“There’s been a lot of requests from membership for moving things geographically, trying to look at some different venues, mixing it up a little,” Dolan said.

Dolan said he could not determine whether Falwell’s comments had any impact on the VHSL’s departure from Liberty. Dolan said the VHSL had been studying potential moves and seeking prospective host cities since October.

Said FCPS’ Hunter Mill representative Pat Hynes: “It’s my understanding that VHSL is changing course for its own reasons, which of course I respect. I am relieved to know that many of our students will no longer feel they must choose between competing in their chosen field and feeling safe and respected.”

Hynes, who also serves at the school board chair, was one of the board members who signed the letter to the VHSL.