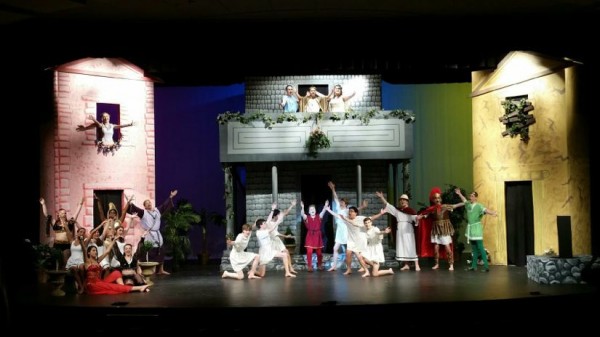 South Lakes High School’s theater department has earned six Cappie award nominations for its production of A Funny Thing Happened on the Way to the Forum.

The Cappies, “Critics and Awards Program,” is a program where high school theater and journalism students are trained as critics. Students attend shows at other schools, write reviews, and publish those reviews in local newspapers. The nominees are selected by the vote of high school critics from 57 schools around the Washington, DC area.

The 16th Annual Cappies Gala will take place on Sunday, June 12 at the John F. Kennedy Center for the Performing Arts.

Photo: SLHS’ production of “A Funny Thing Happened on the Way to the Forum”/Courtesy SLHS