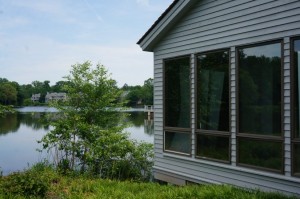 This is an op-ed by Reston resident Ed Abbott. It odes not represent the opinion of Reston Now. Something on your mind? Send us a letter at [email protected]

I attended last night’s meeting of the Board of Directors and witnessed the Board’s approval for funding the renovations of the Lake House.

Cate Fulkerson, the Association’s Chief Executive Officer, gave a Power Point presentation justifying the expenditure of $430,000 similar to the one that she presented to the Finance Committee on Monday.

Each Board member discussed their views after which the Board voted approval for the expenditure. As a result, both the Board and Ms. Fulkerson have failed their fiduciary responsibility in accordance with the Association’s governing documents.  Here’s why:

The Lake House is way over budget and the Board does not know with any certainty why. Also, it is not clear that the Association can afford it without significantly raising fees or cutting services.

A reasonable person, if asked to vote on a motion to continue funding the Lake House, would vote “no.” In fact numerous “reasonable” members said just that to the Board last night.

It is clear to me and other reasonable people that the Board and its Chief Executive Officer have failed their fiduciary responsibility.  That is, they have failed to act in the best interests of the Association. Ms. Fulkerson as much as admitted to such in the meeting.

It is very unlikely that the Board will reverse its action in spite of the heroic efforts of Directors Shannon and Wedell.  The Board is also unlikely to take any disciplinary action against the staff given the cavalier attitude of the other Board members.

So now what?  The only recourse is starting a recall of those members who voted in favor of the Lake House motion to continue funding. This is not easy, although the Reston Deed provides for such an action. The members of the Association must start the recall now or face increased fees or reduction in services.

It is up to us now.  The Board has failed to protect our interests.