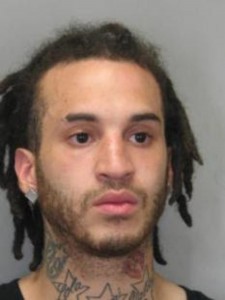 A Dumfries man was arrested after he tried to flee from police at Reston Parkway and Sunset Hills Road Sunday night.

Police said officers observed a vehicle committing a traffic offense at the intersection and attempted to stop it. The driver failed to stop and a pursuit ensued.

Once the vehicle came to a stop the officer observed the driver and passenger switch seats. An investigation determined that Dale Caison of Dumfries was the driver of the vehicle during the pursuit.

Caison has a long list of previous drug, traffic and weapons charges in Prince William County, some stemming from a Manassas drug ring that led to the arrests of 25 people in 2011.