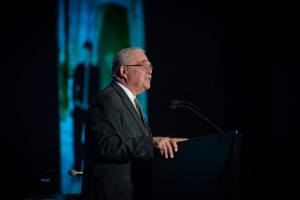 Rep. Gerry Connolly (D-Va 11th) is among the Democrats taking part in a sit-in on the House of Representatives’ floor Wednesday to protest congressional inaction on gun legislation.

The sit-in is being led by Georgia Rep. John Lewis, a longtime civil rights leader who says “we have been silent for too long.”

Connolly, who represents Reston, said in a statement:

The violence must end. In the wake of these almost weekly tragedies, the response from Congress is as predictable as it is disappointing. We offer our thoughts and prayers. We hold a moment of silence; anything to distract from the central cause, and common instrument, of these crimes. How many more must die before Congress acts?

Today, I was proud to join Rep. John Lewis and House Democrats to once again call on Speaker Ryan to bring up a vote on the No Guns for Terrorist bill. Instead of acting, the House Majority decided to shut off the cameras to the People’s House.

Lewis wrote a letter to House Speaker Paul Ryan demanding that he keep the House in session through its planned recess to debate and vote on gun control legislation.

From Newtown to Charleston… how long will it take for Congress to act? #NOMORESILENCE #goodtrouble pic.twitter.com/uH4G5HCQc5

“As the worst mass shooting in our nation’s history has underscored, our country cannot afford to stand by while this Congress continues to be paralyzed by politics,” wrote Lewis, according to CNN.