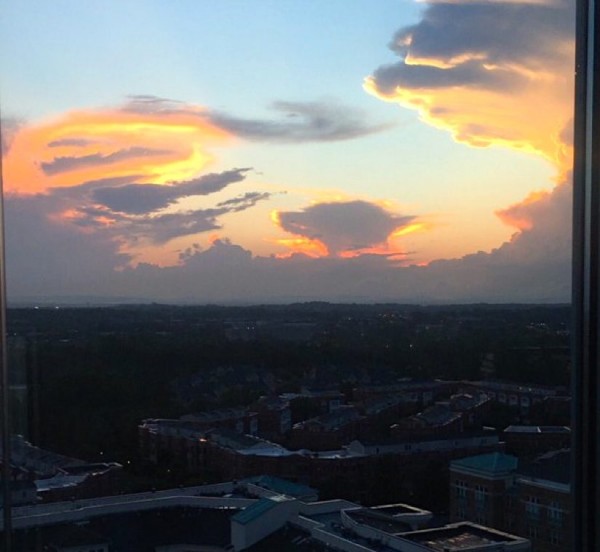 Kudos To SLHS Teachers — Eirik Harteis and Jim Wagner, teachers from South Lakes High School’s Social Studies Department, have been selected as National Endowment for the Humanities summer Scholars. Harteis will participate in “Philosophers of Education: Major Thinkers from the Enlightenment to the Present,” a three-week program at Boston University. Wagner will take part in “The Transcontinental Railroad: Transforming California and the Nation, “a one-week workshop conducted by the University of California-Davis.

Photo: Sunset after June 21 storm in Reston/Credit: LoveRunandPray via Twitter