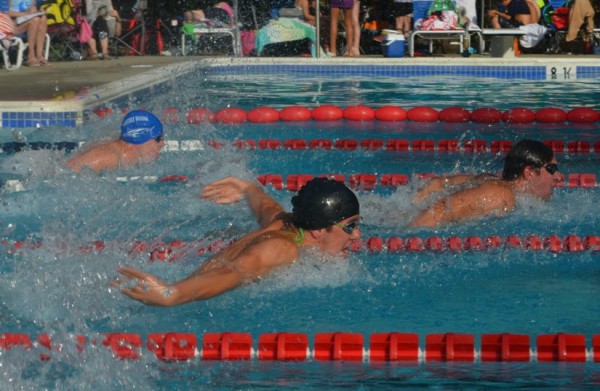 Week 5 of the Reston Swim Team Association 2016 season saw the Hunters Woods Blue Marlins set a new league record in the boys 13-14 age 200 medley relay. The team of Liam Tolbert, Daniel Li, Philip Pan, and Albert Xu finished with a time of 2:07.98, besting their own league record from earlier in the season.

For Lake Audubon, a new team record of 2:09.51 was set in the boys 13-14 200 medley relay.  Spencer Harris, Ian Ha, Matthew Fritz, and Maxwell Wilson beat their record from earlier in the season.

More Stories
Safety Surge No. 5 Could Mean Traffic on Tracks and on HighwaysReston Pet of the Week: Hope