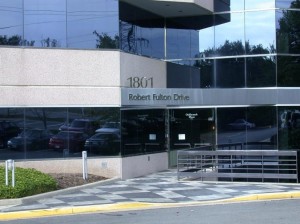 A Reston Dermatology practice has been the victim of a serious hacking incident that may have compromised thousands of patients’ personal information.

Professional Dermatology Care, located at 1801 Robert Fulton Dr., said in a letter to patients on its website last week that it recently discovered that “criminals encrypted patient data via ‘ransomware.’ “

More than 13,000 patient records — including patient names, addresses, dates of birth, social security and Medicare numbers, and medical and billing records — may have been compromised, the Washington Business Journal reports.

Said officials from the medical office:

On June 27, 2016, Professional Dermatology Care, P.C. (PDC, P.C.) discovered a potential data breach of its network server. Following a comprehensive cybersecurity and forensic investigation, PDC, P.C. learned that unauthorized third parties from outside the United States may have recently accessed and obtained patient protected health information and financial data between June 19, 2016 and June 27, 2016.

In the ten years of having electronic medical records this had never happened. However, as part of a nationwide string of similar incidents, the criminals encrypted patient data via “Ransomware.” PDC, P.C. believes the criminals’ motive was to extract money from the company in order to de-encrypt data, rather than for the misuse of patient data.

The information accessed may have included patient names, addresses, dates of birth, social security and Medicare numbers, and medical and billing records.

In compliance with federal and state laws and regulations, all patients are being notified of the incident. Although the company is not aware of any misuse of patient protected health information or financial data by an unauthorized individual, patients are strongly encouraged to take steps to eliminate or minimize any potential harm that could be caused by the incident.

If you are or have been a patient of PDC, P.C. and we have your current mailing address; you will also be receiving a letter informing you of this incident.

The office said it has already taken “numerous steps to safeguard and prevent any further data breach of its network server and its patients’ protected health information.”

The office has increased cybersecurity, implemented a new firewall as well as malware protection services, and reported the breach to the FBI and the Virginia Office of the Attorney General and the U.S. Department of Health and Human Services.

Ransowmware is a type of malicious software designed to block access to a computer system until a sum of money is paid and has recently been targeting health care providers of all sizes, the Washington Business Journal says.

While ransomware can affect businesses of all types, the health care industry had the highest number of data breaches, suffering 39 percent of all breaches that occurred in 2015, says cybersecurity firm Symantec.

In the D.C. area, MedStar Health was attacked earlier this year, causing the health system to shut down its online operations for several weeks as a defensive move.