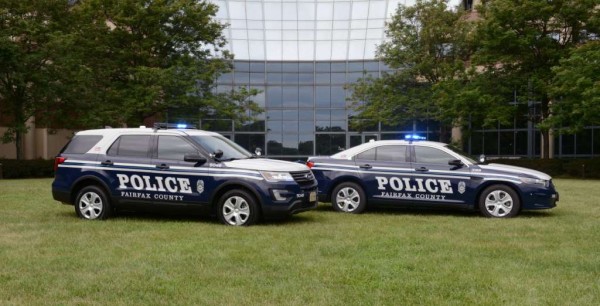 Fairfax County Police cars are getting a new look for the first time in more than 20 years — and just the seventh time in the department’s 76-year history.

Actually, FCPD has been working on the facelift since 2011, when it began a search to replace the discontinued Ford Crown Victoria.

The current police cruiser markings were introduced in 1993.

Since the redesign project was approved, members of the department’s Resource Management Bureau (RMB) developed and considered several design options and patterns, narrowed it down to six possibilities then conducted a number of presentations throughout the county to share information about the project and solicit feedback.

The two most well-liked designs were put up for final discussion within the Advance Design Review Group, a committee comprised of various patrol officers, RMB staff, department leadership, police retirees and CAC members.

The only additional cost is the purchase and application of new reflective safety chevron decals. These will be applied across the length of the rear bumper of every marked police cruiser to enhance visibility and safety. That is a feature recommended in a 2009 FEMA publication, Emergency Vehicle Visibility and Conspicuity Study, FCPD says.

The first newly styled cruisers will debut at police stations countywide in September, FCPD says. As new cruisers are purchased and distributed among the department’s fleet, the new design will be applied to them.

Existing cruisers will not be retrofitted with the new design; only new fleet vehicles will be affixed with the new markings. The  current design will slowly phase out as older vehicles are placed out of service over the next few years.

“Patrol cars are an iconic symbol of the police profession and our role in the community,” FCPD said in a release. “We want our vehicles to project the professionalism and confidence of your emergency responders and increase safety through higher visibility features. The new exterior design provides a crisp, immediately recognizable image while providing added visibility for both officers and other drivers on the roadway.”