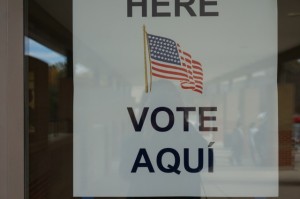 Virginia residents who were shut out of voter registration on the deadline, Oct. 17, will have an extra few days to ensure they can participate in the Nov. 8 election.

That resulted in the New Virginia Majority Educational Fund filing suit against the Virginia Department of Elections on Tuesday.

A judge in the Virginia Eastern District Court in Alexandria issued an injunction Thursday.

The guidance from the Department of Elections is to accept all voter registration applications that are:

To register in person in Reston, visit the North County Government Center, 1801 Cameron Glen Dr. When you do so, keep your receipt for proof of registration in case of a recount or voter irregularities.

The suit had been seeking to keep registration open through the weekend.

“I am pleased that the court has agreed with the request to extend Virginia’s voter registration period after unprecedented web traffic prevented many people from completing their registrations online before the original deadline,” Virginia Gov. Terry McAuliffe said in a statement. “The Commonwealth will fully comply with the court’s order and extend our registration process online, in-person and through the mail.”

“The Virginia Department of Elections and the Virginia Information Technology Agency have been working overtime since Monday night to expand the capacity of the system that allows Virginians to register to vote online, and I am confident that the steps we have taken will provide an improved experience to people who use it.”

The Virginia American Civil Liberties Union (ACLU) called the crash “an avoidable crisis” and pressed the commonwealth to do better.

“The on-line registration system went ‘live’ with General Assembly approval in July 2013,” said a statement from the ACLU. “Nonetheless, in the ensuing three years, the Department has not received the funding for needed hardware and software upgrades nor has it developed the technical expertise needed to ensure that the online registration system is able to handle the predictable increase in usage in a presidential election year. …”

“The Commonwealth must do better, and the legislature needs to take action to ensure that the Department of Elections has the state funds it needs to operate, especially when in the not too far distant future when federal dollars are no longer available.”