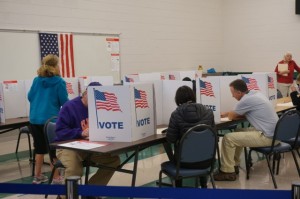 This is an op-ed by Reston resident Therese Martin. It does not reflect the opinion of Reston Now.

There have been so many misleading or incorrect comments about the proposed meals tax for Fairfax County during recent weeks that it is hard to know where to begin in pointing out how important its approval is for the citizens of our county.

Foremost, the Board of Supervisors is not proposing a rehash of last spring’s budget deliberations; it is proposing that they be given an important tool to use in making budget decisions in future years.

Each year, our elected representatives must balance the needs of the county’s residents against the resources available to them. Many Fairfax residents apparently don’t realize that counties in Virginia don’t have many tools to use [including use of an income tax as proposed in a recent letter in the local press]. Other than one-time grants and permits or fees that it caps, Virginia pretty much limits counties’ ability to fund services to the levy of property taxes.  In some years, the state actually takes back a part of the funds it provides to localities in order to balance its budget.

[We just recently heard that Virginia’s well-publicized plan to increase teacher salaries is on the chopping block because of its anticipated budget shortfall. Thus any increase in Fairfax teacher salaries to bring them up to the level of surrounding jurisdictions will depend on the local property tax.]

Fairfax County is not alone each year in asking the state to give it additional means of raising money to carry out governmental services requested and needed by its citizens.

Other Northern Virginia jurisdictions in this high-cost area which is the economic engine of the state join to make the request year after year.  But the other jurisdictions have an advantage over Fairfax:  they can and do levy a meals tax.

And in response to a couple of other misleading comments:

The opponents of the meals tax for Fairfax County are being penny-wise and pound-foolish by not supporting the addition of this tool to the County’s revenue toolbox for services to all its residents.