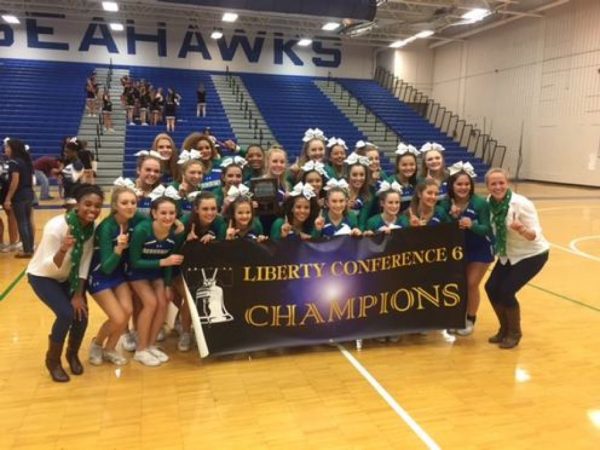 Kudos, SLHS Cheerleaders — The South Lakes High School cheerleaders won the Liberty Conference title last week and finished second at the Regional Semifinals the weekend of Oct. 22. They will move on to compete at the Region Finals on Oct. 29 at Fairfax High School. If they finish in the top four, the will qualify for the state championships on Nov. 5 in Richmond.

Nearby: Vienna Halloween Parade Wednesday — The Town Of Vienna is holding its 70th annual Halloween parade Wednesday at 7 p.m. This year’s theme is  “Jivin’ Back to the 1940s.” Maple Avenue will be closed between East Street and Lawyers Road from 6:30-9:30 p.m. [Fairfax Times]

SLHS Football Stays No. 8 — South Lakes retained its No. 8 ranking in The Washington Post’t football poll this week. The Seahawks overcame and early deficit to defeat Langley Friday. [Washington Post]

How Did A Teacher With A Record Slip Through FCPS? — NBC4 Washington researches how a teacher charged with sexually assaulting a student get hired by Fairfax County Public Schools. [NBC4 Washington]