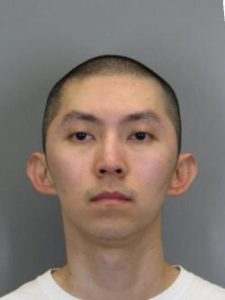 A North Carolina man was arrested in the Reston Town Center area yesterday afternoon after Fairfax County police said he flashed a gun at security workers who confronted him for trespassing.

Police responded to a report of a man who had gone on private property without permission on the 12000 block of Bluemont Way about 11:45 a.m. Thursday.

Police arrested 35-year-old Robert S. Kao of Charlotte, N.C., on charges of brandishing a firearm, carrying a concealed weapon without a permit and trespassing.