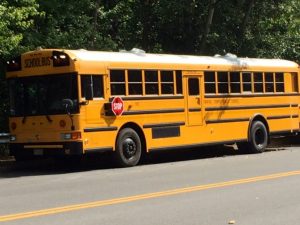 Last week, the Fairfax County School Board approved an August start date for the next school year, marking the first time in decades that area schools will start before Labor Day.

That means school will also let out earlier next year on June 15. In past years, students have gone to class as late as June 25.

Additionally, some FCPS parents have said they are glad for the change because letting out earlier in June will afford their children better summer internship and enrichment opportunities.

However, many families have expressed dismay over the decision, citing a number of reasons:

‘Traditional’ summer vacation — In a poll issued to FCPS families prior to the school board’s vote, 84 percent of those against the earlier start date said they preferred a “traditional” summer vacation schedule, giving kids all of August off before starting school in September. Others said it made no sense to them to start school before Labor Day when right away in the second week of school, they have a day off to observe the Labor Day holiday. Sixty-four percent of families said the new schedule would disrupt long-held vacation plans.

Shortening of summer/temporary status of waiver — Twenty-eight percent of families against the earlier start date pointed out that the waiver from the state, allowing FCPS to start school before Labor Day — which has long been mandated via the 1986 “King’s Dominion Rule” — is temporary, only allowing the district to start school in August through the 2019-20 school year. Many parents said they did not support the earlier start date if it is going to be temporary, especially if they would have to switch back again in a few years once the waiver expired.

Others pointed out that, in the first year of implementation, their children are losing a week of summer vacation with the early start.

Hot temperatures in August — Many parents say they are worried about students being in hot, under-air-conditioned classrooms in summer temperatures that are often in the 90s.

What do you think of the new August start date? Vote in our poll and leave your comments below letting us know why you voted the way you did.