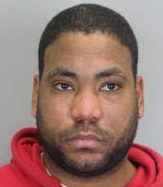 A 28-year-old man was arrested after a worker at the Carlton House condos at Reston Town Center told police that the individual broke into the building this week, according to authorities.

Michael Jesse McLong, who has no fixed address, was charged with burglary and possession of burglary tools in connection with the break-in Monday.

The Carlton House employee called the cops to report that a man had forced his way into the building on the 11800 block of Sunset Hills Road about 9 p.m. that day, police said. Authorities later found McLong and took him to the the Fairfax County Adult Detention Center.