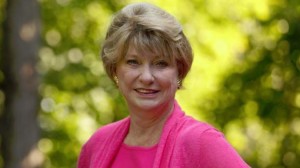 As lawmakers across Virginia head to Richmond for next week’s start of the 2017 General Assembly session, one local representative is looking for a warning on handguns.

SB 893, being proposed by Sen. Janet Howell (D-Fairfax), was officially filed for consideration Dec. 20. It would make it “unlawful for any licensed manufacturer, licensed importer or licensed dealer to sell, deliver or transfer any handgun to any person… unless the handgun is accompanied by a warning, in conspicuous and legible type in capital letters printed on a label affixed to the gun and on a separate sheet of paper included within the packaging enclosing the handgun, that handguns should be locked and kept away from children…”

The only exception in the bill is for firearms that are “accompanied by a locking mechanism,” though it also allows leeway for law enforcement and governmental agencies.

Howell and Del. Ken Plum (D-Reston) co-hosted their annual Town Hall with locals Dec. 19, in an effort to hear citizens’ thoughts on issues they and other Virginia lawmakers are proposing. Among the issues discussed at the forum were rights for same-sex couples and former felons, and punishment for marijuana offenses.

This year’s 30-day session is scheduled to begin Wednesday, Jan. 11.