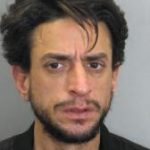 A Reston man who was awakened by his barking dog Tuesday night found out the pooch was alerting him to a possible intruder.

Fairfax County Police responded to a residence in the 1700 block of Lake Shore Crest Drive at about 11:26 p.m. Tuesday. The homeowner reported that after his dog woke him, he discovered a window had been raised and its screen had been removed. He then said he saw a man walking away from his house toward the nearby lake.

“Officers set up a perimeter and K9 established a track to a nearby building. The suspect was seen on surveillance video and was eventually located and identified.”

The suspect was identified as 43-year-old Bruce Engelberg, of no fixed address. Engelberg was taken to the Adult Detention Center and charged with attempted burglary.

More Stories
Children Have a Place to Gather, Learn at Reston Regional LibraryNumber of Downloads of ParkRTC App Surpasses 42,000