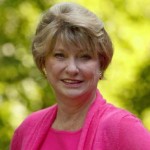 The 2017 Virginia General Assembly convenes today at noon in Richmond, but 11th-hour elections had some legislators up late last night.

Two Virginia Senate seats were up for vote in a special election Tuesday, along with one House seat. Sen. Janet Howell (D-Fairfax) of Reston had a close eye on the races in her chamber, as a Democratic sweep would have put her in position to take the reins of the Finance Committee.

In the 9th District, representing the Richmond area, Democratic candidate Jennifer McClellan took an easy victory over a third-party opponent. But in the 22nd District, representing the Lynchburg area, Republican Mark Peake won by a large margin over Democratic candidate Ryant Washington. Both seats had been vacated by former state senators who were elected to the U.S. House of Representatives.

The results keep the Republicans in a 21-19 advantage in the Senate. A 20-20 split would have effectively given control to the Democratic Party, as the lieutenant governor, Democrat Ralph Northam, has tiebreaker control.

“It is disappointing but not at all surprising that the Republican won in an overwhelmingly Republican district,” Howell told Reston Now when asked for comment on the 22nd District result. “Sadly, we lost an opportunity to bring our Democratic values to the state Senate.”

Howell says she is concerned about cuts to education, services for the disabled, drug treatment programs and more that may come as the state faces a $1.5 billion budget shortfall that must be made up during the 46-day session.

“I will continue to fight for funding our Northern Virginia priorities in the Finance Committee,” she said.

END_OF_DOCUMENT_TOKEN_TO_BE_REPLACED

More Stories
Op-Ed: Vote to Put an End to the Growing Tetra MessPet of the Week: Abbott