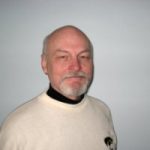 This is an op-ed submitted by Terry Maynard, co-chair of the Reston 20/20 committee. It does not reflect the opinions of Reston Now.

Two years ago this month, under the leadership of former RA Board President Ken Kneuven, Reston’s homeowner association announced its deal with a local developer to purchase his property, the Tetra office building, for over twice its county-appraised value of $1.2 million. Thus began a long slide of Reston Association into bad governance and mismanagement.

How did this happen? We don’t know for sure, but we understand Kneuven and another former RA Board President, Rick Beyer, who lives on the shore of Lake Newport opposite the Tetra property, have been friends for some time. Beyer, who was active in supporting the RA Tetra purchase, and other Lake Newport homeowners were no doubt concerned that something untoward would happen to their view and, as a result, also their property values. It is not clear whether Beyer asked a favor from Kneuven in eliminating this risk by having RA pursue the purchase of the Tetra property, but what is clear is that after Kneuven left his RA post, he ended up working as a senior consultant in the company managed by Beyer.

As for the rest of us, RA and its Board justified paying $2.65 million in part by pointing out that a proposal had been drawn up to build a costly restaurant there twice the size of the Tetra building. RA didn’t bother to note, however, that the restaurant was never approved, nor would it have been given environmental restrictions and 14 easements on the property. Moreover, RA’s appraiser put the property’s “as is” value at just $1.1 million using the Income Approach, even lower than the county’s valuation. In fact, the Tetra property had been on and off the market with little interest for most of a decade.

Nonetheless, to sell the deal in a community referendum, RA “projected” that renovations, inside and out, would cost RA members just $259,000. To date, interior repairs alone have cost Restonians $692,000 — not counting $925,000 in seller contributions and a Comstock proffer to RA which could have been used for much better purposes — and an RA consultant projects proposed exterior improvements will cost $1.2 million.

On the other side of the ledger, RA projected rental income from a rent back agreement with the Tetra owners of more than $140,000 through 2016. Unfortunately, the sloppily written agreement allowed Tetra’s former owners to walk away at the end of 2015, resulting in an immediate $100,000 loss in RA revenues. RA scrambled to make up the shortfall, but — as of November — expected year-end cash flow losses reached $902,000, some $515,000 more than RA projected for 2016 during the Tetra referendum.

If publicly known at the time, these massive misstatements, mistakes, expenses and overruns would have doomed the purchase’s narrow community approval.

Indeed, the massive renovation cost overruns were not revealed until May 2016, although RA financial data indicated RA and presumably some Board members knew there would be huge overruns as early as February. Thus, RA members were denied that important information as they cast their ballots for RA Board members in February, including the re-election runs of two Board members who strongly supported the Tetra initiative, Eve Thompson and Danielle LaRosa. Of course, they won re-election in the absence of public knowledge of the huge cost overrun.

When the cost overruns were disclosed, even the complicit RA Board found this revealed reality a bit much. Under significant community pressure, it agreed last summer to contract for an independent review of the purchase and renovation.

After choosing to sign a pro bono $1 review contract with Mediaworld LLC, using a team of Reston volunteers expert in financial matters, a few members of the Board sabotaged its own by insisting on excessive RA control and contractor liability in multiple, lengthy contract drafts. A special Board meeting with the Mediaworld volunteers in December couldn’t salvage the negotiations — another obstructionist draft resulted — and the volunteers withdrew last week, explaining the multitude of reasons why.

The increasingly urgent question is: What are some members of RA’s Board and senior staff trying to conceal about the Tetra acquisition and renovation — and why? Did they engage in illegal, unethical or just plain stupid behavior? Unless there is a criminal investigation, the chances are dwindling Restonians will ever know who, how, why and when all this financial mischief occurred as the Board and staff continue to hide the truth any way they can. The future of honest, open, prudent governance in Reston has never looked more uncertain.

The RA Board 2017 election a month away is an opportunity to reverse the Board’s recent gross misbehavior. There are four openings and, if filled with candidates who seek to reform the RA Board and the way it does business, the Board could actually represent the interests of the community rather than the guilty. Pay attention to what candidates file and what they say about the handling of Tetra, including the need for an audit, the development of an RA ethics policy with teeth and openness in RA decision making. It could be your last chance in years for meaningful change in how our community is governed.