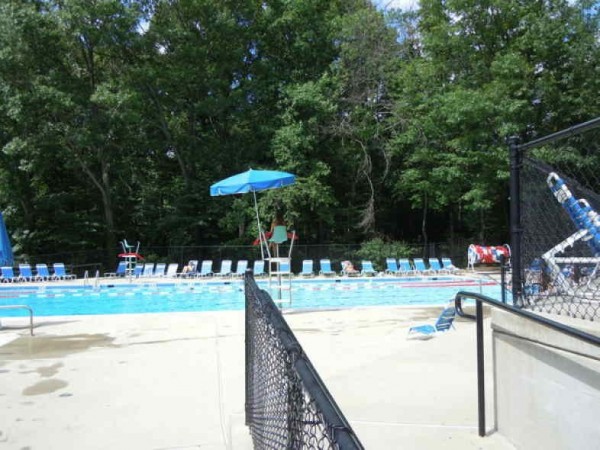 Reston residents applying for pool and tennis passes for the coming season are being asked to include photographs — even for children as young as 1.

The new rule for 2017 is meant to increase security, but one resident who contacted Reston Now wonders if it might have the opposite effect.

“Requiring photo[s] of children seems like quite a liability to me,” the resident, a father of two young children, said in communication with Member Services that he shared. “If someone hacks [RA’s] systems they have pictures of all of our children and now knows where they live so they can choose which one to kidnap.”

Photos will only appear in RA’s database, not on the physical card, explained Laura Kowalski, RA’s deputy director of recreation.

“I do understand the concern about the kids, but [photos are] not being shared,” she said, adding that she is confident about the security of the system.

Kowalski said photos were printed on passes “many years ago,” but that practice was phased out. In recent years, a few residents have raised concerns about having their addresses printed on them. She said questions about security were taken into account before the new system was settled upon.

“When we researched and finally landed on the new registration system with Vermont Systems… we listened to what members’ concerns were about security, as well as how we could mitigate sharing of passes,” Kowalski said.

In 2014, passes being sold on Craigslist to non-residents drew RA’s attention. Passes are not transferable, according to Reston Association rules. Kowalski said she has encountered situations in the past where she knew passes were being misused.

“I’ve been in a pool helping someone by popping in that day, and saying [to a patron] ‘Hi, how are you?'” Kowalski said. “They show me the pass and I think, ‘Huh. I know this person, and you’re not that person.'”

Mike Leone, RA’s communications director, said the new system — including the photo registration — is designed to stop such transfers.

“Under the old system, pass swapping was a concern and RA had no way to prevent it,” he said. “So the new system provides a better, more secure system ensuring only those with a pass can get into the pool facility.”

RA’s new WebTrac online registration system is being used to sell and register pool and tennis passes. Swiping devices are being installed in all 15 RA pool facilities to handle the new system.

Residents will show their pass upon entering a facility. It will be scanned, and the pass holder’s picture will then be displayed to the staff member on duty. If it doesn’t match, entrance will be denied.

“The new system provides greater accountability, reporting data and enhanced member satisfaction and convenience,” said Mike Leone, RA communications director. “Once they have the new pass card, they won’t have to wait in long lines here at RA to obtain their annual passes, which has been the case every year in the past as pool season approaches.”

The concerned resident, though, said he has a simpler solution to the problem.

“Just require that adults bring [photo] ID,” he said. “The TSA doesn’t even require ID for children under 18 and they’re trying to stop terrorism.”