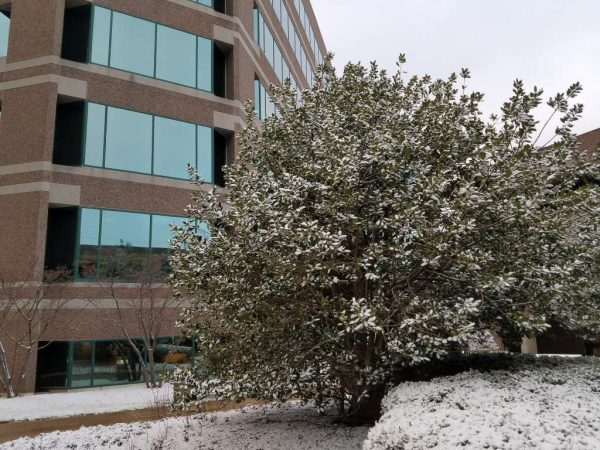 Weather Changes Schedules for Kids — Schools in Fairfax County are on a two-hour delay today due to the winter weather that struck overnight. The weather is expected to continue to fluctuate throughout the week, with highs around 50s projected for the next two days, followed by a return of winter heading into the weekend. [Fairfax County Public Schools]

Governor to Be in Reston This Week — Virginia Gov. Terry McAuliffe is scheduled to travel to Reston on Wednesday morning. The governor’s official schedule for this week includes the visit to StreetShares, in Isaac Newton Square, to announce finalists for the Veteran Small Business Awards. [Governor’s Office]

Airport Protesters Decry Immigrant Ban — Washington Dulles International Airport saw a number of protesters at the international terminal over the weekend. The demonstrators were there to show their support for immigrants after President Donald Trump signed an executive order banning international travelers from a number of Muslim countries. [Washington Post]