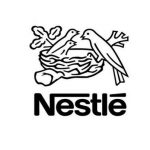 (This story was updated at 3:55 p.m. to include comment from Comstock Partners.)

Northern Virginia will be the new home of Nestlé, as news has broken today that the Swiss food and drink company will move its U.S. headquarters from California to Arlington County.

The 16-story 1900 Reston Metro Plaza building, now in its final stages of construction, was designed by internationally acclaimed architect Helmut Jahn. It will feature 365,000 square feet of office space adjacent to the Wiehle-Reston East Metro station.

The site that was chosen by Nestlé, 1812 N. Moore Street in Arlington County, is the tallest building in the D.C. Metro area at 35 stories. It has been vacant since construction wrapped up in late 2013.

Nestlé is spending nearly $40 million to set up in the top nine floors of the building, and it plans to employ 750 people at the site.