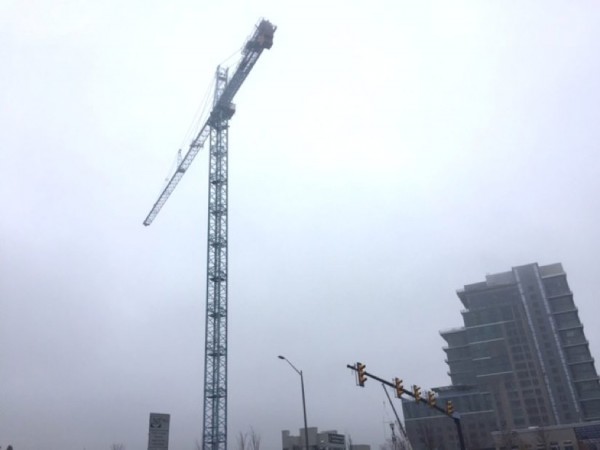 That is because work is getting underway on the first office building at Reston Station’s mixed-use development.

The building is expected to take two years to complete. Comstock had said last year it would wait for a major tenant to sign on before construction. But with a large recent investment from an outside source, the developer decided to go ahead with office construction. 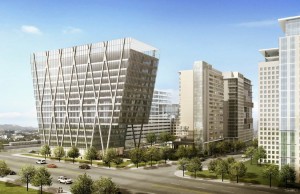 The building will be the first new office building to be developed since 2009 along the Dulles Toll Road with Metro access.

“Reston Station is being developed in the most supply-constrained submarket in Northern Virginia, where significant net absorption has occurred over the past 24-months as office tenants seek trophy-quality, transit-accessible office space in the Toll Road market,” Bob VeShancey, Managing Director at JLL, said in a release.

Meanwhile, Reston Station’s Urban Pop retail spaces are under construction and are expected to open by Thanksgiving, says Comstock. The major retail tenant, Founding Farmers restaurant, is slated to open in late 2016.

The leasing center for BLVD apartments, which expects occupancy early next year, is now open on the plaza, weekdays from 10 a.m. to 6 p.m. and Saturdays from noon to 6 p.m.