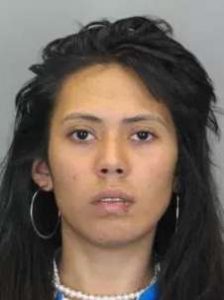 Five of the 10 people charged with abduction and gang participation in relation to the killing of a Gaithersburg teen now face murder charges.

Jose Ivan Castillo Rivas, 18, of Springfield; Wilmer A. Sanchez, 21, of no fixed address; and three 17-year-olds from Alexandria, Annandale and Springfield have been charged with murder as the investigation into the death of 15-year-old Damaris Alexandra Reyes Rivas continues.

Cindy Blanco Hernandez, 18, of Wintherthur Lane in Reston, is among the five suspects who have not yet been charged with any additional crimes.

According to the Fairfax County Police Department, it is believed Reyes Rivas was held against her will before she was taken to Lake Accotink Park, assaulted and killed. Police believe this happened on or around Jan. 8.

Reyes Rivas had been reported missing in Montgomery County in early December. The girl’s body was found in the 7100 block of Wimsatt Road in Springfield on Saturday, and her death was ruled a homicide Monday after an autopsy.

Police believe the killing to be gang-related. The teen’s mother told NBC4 her daughter had been threatened by the gang MS-13.

At Tuesday’s news conference, law enforcement did not confirm the gang to be MS-13, but did go into detail about gang presence in the area.

“These illegal gangs are recruiting juveniles… [and] preying on those who are vulnerable, who are looking for security,” said Jay Lannom, Northern Virginia Regional Gang Task Force director. “We are are seeing a lot of increase in recruiting in high schools and middle schools, which is alarming to us.”