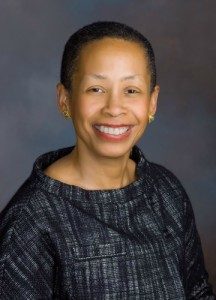 A Reston woman is one of nine citizens who have been appointed to Fairfax County’s new Citizens Police Review Panel.

Rhonda VanLowe was appointed Tuesday to a one-year term on the panel. She is a member of the Governor’s Taskforce for Improving Mental Health Services and Crisis Response and served on the Public Safety workgroup.

According to a news release from the Fairfax County Board of Supervisors:

“[VanLowe] has devoted much of her community service work to serving those with unique physical, mental, emotional, intellectual or cognitive backgrounds. Ms. VanLowe practiced law in law firm and corporate settings, served as Board Chair of The Northern Virginia Therapeutic Riding Program, Inc., and received the National Women of Color Special Recognition Award at the 2008 STEM Conference. Ms. VanLowe is a 36-year resident of Fairfax County and looks forward to working together with members of the Panel to develop procedures that will set the foundational tone and tenor for the work of the Panel.”

According to her LinkedIn page, VanLowe has served as legal counsel for Rolls-Royce North America Inc. since 1999. She is also a member of the Board of Visitors at the University of Mary Washington.

The Citizens Police Review Panel was created in December by the county Board of Supervisors. Its goal will be to look over police complaints and internal probes as part of a new effort to increase transparency in the area’s law enforcement.

The county’s Ad Hoc Police Practices Review Commission called for the panel in an October 2015 report to the Board of Supervisors. While the commission was established in the aftermath of a fatal police-involved shooting in 2013, the new panel won’t handle matters concerning potentially criminal uses of force.

Members of the panel can serve up to two three-year terms. The inaugural members of the board were randomly assigned one-, two- and three-year initial terms so that term expirations would be staggered, supervisors said Tuesday.

The full makeup of the panel is listed below:

Steel will serve as the panel’s first chairman.

Image via University of Mary Washington

More Stories
Del. Ken Plum: Johns Knew It Was Time to Stand UpEvent Aims to Shed Light for Parents on Teen Drug and Alcohol Use, More