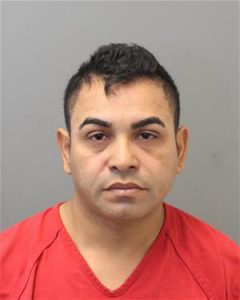 The Loudoun County Sheriff’s Office arrested a 40-year-old Herndon man on Thursday after they say he stabbed three people in Sterling.

Police say Nelson Urbina-Zalaya is charged with three counts of malicious wounding and is being held without bond at the Loudoun County Adult Detention Center. The charges stem from an altercation shortly after 2 a.m. Wednesday in the 46900 block of Community Plaza.

According to the report, two adult male victims were stabbed during the parking-lot altercation, while a third was hurt when he intervened. All three were taken to the hospital with what police described as non-life-threatening injuries.

The circumstances that led to the assault remain under investigation, police say.