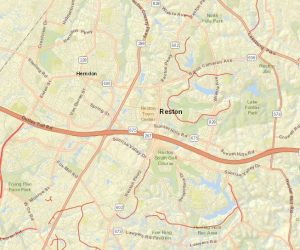 A number of Reston paving projects have been scheduled by the Virginia Department of Transportation for this year.

According to VDOT’s website, more than 1,300 miles of roads will be repaved in Fairfax, Prince William, Loudoun and Arlington counties during the 2017 paving season. Among the scheduled projects are the following locations in Reston:

In addition, the Fairfax County Department of Transportation has plans to make alterations to lane patterns and bike lanes on North Shore Drive, Colts Neck Road and Twin Branches Road as part of the repaving process. A community meeting on this issue is scheduled for March 16.

VDOT’s website shows the only repaving work completed in Reston in 2016 was along a stretch of Baron Cameron Avenue, from Leesburg Pike (Route 7) to near Browns Chapel Road.

Other roads in the area on the 2017 schedule include portions of Centreville Road, Frying Pan Road and McLearen Road in Herndon; and Lee Jackson Memorial Highway (U.S. Route 50) at the Fairfax County Parkway interchange.

VDOT says repaving work is “usually limited to outside of rush hours,” with work in residential areas typically scheduled from 9 a.m. to 3 p.m. on weekdays.