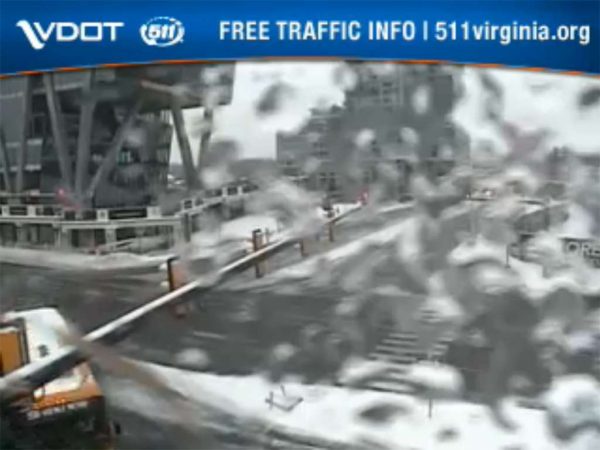 Reston Hospital Center Using New Breast Cancer Technology — A new device is being used by surgeons at the hospital to precisely localize small tumors and direct their removal during surgery. RHC is the first medical center in the area to use the SAVI SCOUT radar localization technology. [Reston Hospital Center]

Dozens of Guns Stolen from Chantilly Store — Three suspects were caught on video surveillance stealing 35 guns from 50 West Armory on Metrotech Drive on Saturday. Fairfax County Police are trying to track them down and is asking for any help the community can provide. [Fairfax County Police Department]

SLHS Alum to Play in NCAA Basketball Tournament — Princess Aghayere, a 2015 South Lakes High School graduate, will play with the University of Pennsylvania Quakers women’s basketball team in the NCAA Division I basketball tournament. The Quakers’ first-round game against Texas A&M will air on ESPN2 at 9 p.m. Saturday. [NCAA]

More Stories
Twitter Users Document This Morning’s Snow Accumulation in Reston AreaFirst, Possibly Only Snowstorm of Winter Underwhelming for Many