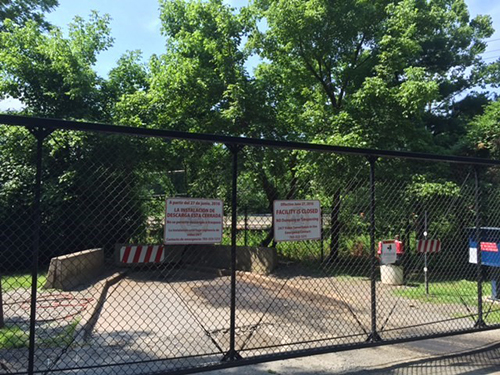 Fears of area residents about a septage receiving site coming to Hunter Mill Road have officially been flushed.

The Fairfax County Department of Public Works and Environmental Services announced today that it has decided to permanently close the failing Colvin Run Septage Receiving Facility off Route 7 in Great Falls. However, it will not build a new site to replace it.

The most suitable proposed site for a replacement facility, the county had said, was on Hunter Mill Road at Lake Fairfax Park.

“I am pleased the County worked with the community in addressing the various concerns/comments and worked out a solution that is both a win/win for the community, the Department of Public Works and Environmental Services and the haulers,” Hunter Mill District Supervisor Cathy Hudgins said in a media alert Monday announcing the county’s decision.

The county began examining its septage receiving sites in October 2014. It was determined the aging Colvin Run facility was no longer satisfactory, and it was eventually closed in June of last year due to safety concerns. Since then, haulers transporting septic waste have rerouted to other facilities that accept Fairfax County septage.

In the process, the county has determined that it will be much more cost-effective to allow the waste to continue to be hauled elsewhere instead of constructing a new facility.

“The high costs of purchasing property and constructing a new facility makes it impractical to recover expenditures through reasonable service fees. Further, the alternative disposal options for county-generated septage which were instituted during the temporary closure of the Colvin Run Facility (including options at the Noman M. Cole Pollution Control Plant, the Upper Occoquan Service Authority facility, and D.C. Water’s Blue Plains facility) have worked effectively and will be able to meet future needs.”

Septage is collected from the 21,000 Fairfax County homes that do not have public sewer service. It also comes from portable restrooms at parks and public events, as well as from grease traps at restaurants.

The site on Hunter Mill Road, one of six proposed by the county, was near the Fairfax County Park Authority’s Area 6 Park Operations/Lake Fairfax Maintenance area — an isolated, employee-only part of the park. A public hearing on the proposal last February in Reston drew heated contention.