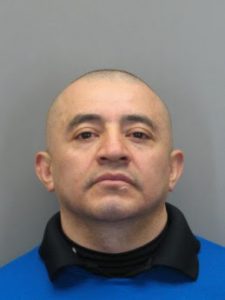 A 40-year-old Herndon man is being held without bond after police say he repeatedly sexually abused a 12-year-old girl being cared for at an in-home daycare where he lived.

Oscar Perez Rangel faces several child abuse-related counts including felony aggravated sexual battery in relation to the alleged abuse, which the Fairfax County Police Department says took place between October and December. Rangel was not the operator of the daycare; however, he did live at the residence.

FCPD’s Major Crimes Division Child Abuse detectives received information about the alleged abuse March 28, after the victim had reported it to staff at her school. Perez Rangel was arrested April 7 at the home.

Detectives, Victim Services and Child Protective Services are working with the victim and her family to provide assistance as needed. There is no indication that there are any other victims connected to Perez Rangel; however, any information that may be useful in this case can be directed to Det. Elizabeth Melendez at 703-246-7885.