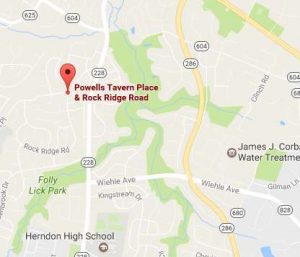 A man exposed himself to a 53-year-old woman Wednesday morning on a Herndon pathway, Fairfax County police say.

According to the FCPD report, the incident took place at about 8 a.m. in the area of Powells Tavern Place and Rock Ridge Road. The woman told police she saw the man exposing himself while both were walking along the pathway. The woman said she yelled at the man to “make him stop,” after which he ran off.