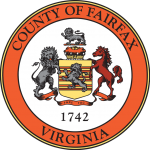 The Fairfax County Board of Supervisors at their meeting Tuesday morning marked up the proposed FY2018 budget, and the current real estate tax rate remains.

Upon approval of the budget, the real estate tax rate will remain at the FY 2017 level of $1.13 per $100 of the assessed value of the home, as proposed by the county executive. (The average Reston real estate assessment has gone down by 0.33 percent in 2017.) Board chairman Sharon Bulova said the stable rate “ensure[s] Fairfax County continues to be an affordable place to live for seniors and families.”

At the board’s Feb. 28 meeting, Supervisor Cathy Hudgins (Hunter Mill District) supported an amendment that would have raised the advertised real estate tax rate to $1.15 per $100. The amendment, introduced by Supervisor Kathy Smith (Sully District), failed by a vote of 7-3, with Supervisor Daniel Storck (Mount Vernon District) casting the third vote in favor.

Changes in the marked-up $4.1 billion budget include:

The marked-up budget was approved by an 8-2 vote of the Board, with Smith and Storck dissenting.

The board is expected to officially approve the budget May 2, and it will go into effect July 1.