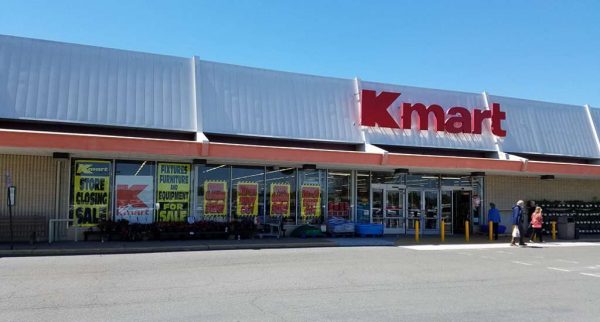 As a going-out-of-business sale continues at Kmart in Herndon (494 Elden St.), the town’s mayor says there are big plans in the site’s future.

In a comment on Reston Now’s Facebook page, Mayor Lisa Merkel says the Kmart’s closing has been “coming for a while,” but that she has been in recent contact with the building’s owners and is optimistic about its future.

“They are going to upgrade the facade significantly and subdivide the very large space into several new businesses,” Merkel wrote. “I was mostly pleased with what they shared and gave some specific feedback that we are looking to elevate the status of that end of the center.”

Merkel said she could not share specifics about the new businesses coming in, as leases are still being negotiated.

Howard Riefs, director of corporate communications for Kmart owner Sears Holdings Corporation, said the store will remain open for customers into late July. He called the decision to close the store “difficult, but necessary.”

“We have been strategically and aggressively evaluating our store space and productivity, and have accelerated the closing of unprofitable stores as previously announced. We often hear from our members who are disappointed when we close a store, but our Shop Your Way membership platform, websites and mobile apps allow us to maintain these valued relationships long after a store closes its doors. As a result, we hope to retain a portion of the sales previously associated with this store by maintaining our relationships with the members who shopped this location.”

Kiefs also said customers can continue to shop at the company’s other area locations, and that employees who are eligible will have the opportunity to apply for open positions at those stores. The nearest remaining Kmarts will be in Springfield and Annandale, while Sears has stores at Dulles Town Center and Fair Oaks Mall.

The 84,000-square foot store was purchased in August by Florida-based real estate-investment firm Sterling Organization at a cost of $7 million. At the time, the firm’s CEO said “the real estate fundamentals of — and the demographics surrounding — this property are nothing short of exceptional.”

The rest of the shopping plaza, known as Herndon Centre, is owned by A.J. Dwoskin & Associates Inc.