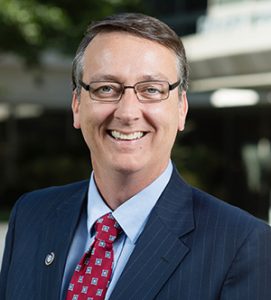 Brabrand, who on Thursday was confirmed as FCPS’ new superintendent, worked five years as a social-studies teacher at HHS before moving into administration. According to FCPS, during that time Brabrand “founded a Model United Nations Club at the school, mentored new teachers and proposed a new teacher education initiative, and redesigned the county’s U.S. and Virginia government Program of Studies to align with new state and national standards.”

“Dr. Brabrand brings a wealth of experience in education and a broad perspective to the job of superintendent,” said Sandy Evans, Fairfax County school board chair. “His collaborative leadership style and his knowledge of Fairfax County schools will be strong assets for him as the new superintendent. We look forward to working with him as we move forward to improve salaries for our teachers and ensure our students are prepared for college and beyond when they graduate.”

Brabrand’s tenure in the position will begin July 10 and he’s been contracted through the 2020-21 school year. His starting salary is $290,000, FCPS spokesperson John Torre confirmed.

More Stories
Amazon, Other Big Business Announcements in Reston and HerndonWhat’s Going On Around Reston This Weekend?