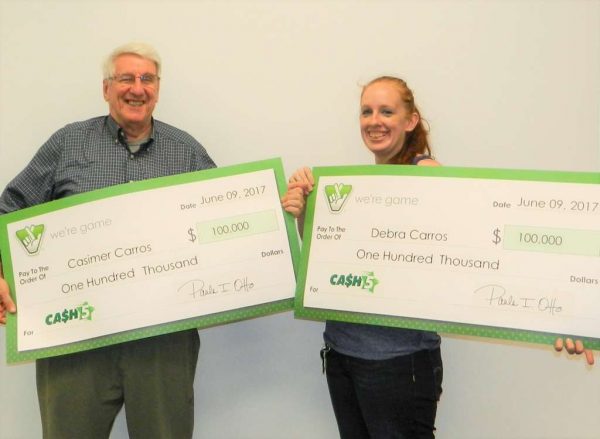 Casimer Carros bought a pair of Cash 5 tickets for the Virginia Lottery’s evening drawing June 8 — one for himself and one for his daughter.

The five numbers on the tickets he purchased at Harris Teeter in The Spectrum shopping plaza were the same: 2, 5, 7, 10 and 31. The numbers correlate with the birthdays of Carros’ daughter and granddaughter.

And when the drawing happened that night, the numbers matched again.

“I checked the numbers thinking I’m not a winner,” Carros told the Virginia Lottery. “But this time I was!”

According to the Virginia Lottery’s press release archives, other recent big wins by Reston players have included: