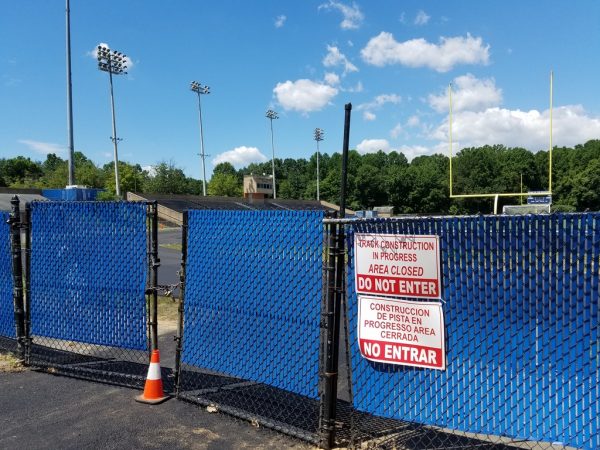 A freshly surfaced track will be waiting for South Lakes High School students when they return to school at the end of August.

Work on the project began earlier this month and is expected to continue through mid-August, South Lakes Athletics reported on Twitter. The account has been providing updates on the work as it progresses.

Update on the track work. We are making progress. The stadium is closed during this time @RestonNow @RestonPatch @RestonOnline pic.twitter.com/iwcZkGx0zd

The track and the stadium are both fenced off during the project. It’s the first time resurfacing has taken place in about a decade, said Linda Sarabia Jones, SLHS director of student activities.

Camps that have in past years met on the field are taking place on the upper turf fields of the campus this summer, Jones said.