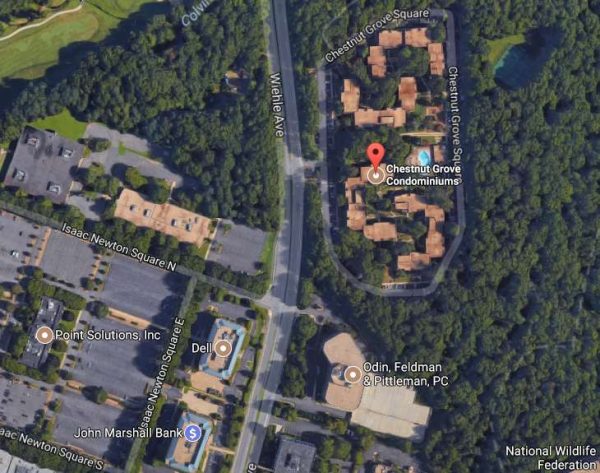 According to a Fairfax County Police Department report, the incident took place at about 10:45 p.m. Monday. Residents of a home in the 11200 block of Chestnut Grove Square, off Wiehle Avenue, heard gunshots. A male subject was seen walking past the building, a witness told police.

Police determined that one bullet flew through a window of the home. Further investigation revealed that a second home’s glass door was also struck by a bullet.

No one was injured, and police say they are continuing to search for the suspect.