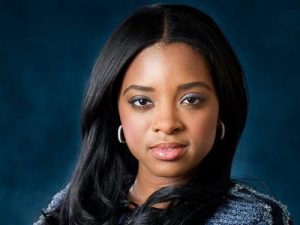 There will be an all-around focus on activism and civil rights during Reston Community Center’s 2017-18 Professional Touring Artist Series at the CenterStage.

As part of that focus, Tamika D. Mallory will speak on Martin Luther King Jr. Day (Jan. 15, 2018) as part of Reston’s Dr. King Birthday Celebration. Mallory was national co-chair of the Women’s March in January, which saw hundreds of thousands protesting in DC and upward of 5 million participating worldwide.

According to her profile on the Women’s March website:

Tamika D. Mallory is nationally recognized as a fiery and outspoken champion for social justice who has worked closely with the Obama Administration as an advocate for civil rights issues, equal rights for women, health care, gun violence, and police misconduct. Tamika has been publicly applauded as “a leader of tomorrow” by Senior Advisor to President Barack Obama, Valerie B. Jarrett, and was selected to serve on the transition committee of New York City Mayor-Elect Bill de Blasio.

Mallory is also considered a “leading figure in the grassroots, community-based effort to stop gun violence,” according to the website. She has been in the news recently for her statements against the National Rifle Association.

Mallory is just one of the speakers slated for the coming season of the CenterStage series. Another is Terry Tempest Williams, who will speak on environmentalism on Saturday, Dec. 2. According to her website, Williams is “a writer who speaks and speaks out eloquently on behalf of an ethical stance toward life. A naturalist and fierce advocate for freedom of speech, she has consistently shown us how environmental issues are social issues that ultimately become matters of justice.”

Paul Douglas Michnewicz, RCC’s director of arts and events, says there will be something for everyone during the 2017-18 season.

“Deeply personal and highly engaging, the Professional Touring Artist Season at the Reston Community Center will activate your spirit and motivate your soul,” he said.

The activism won’t just come through speakers either. Chicano rock band Quetzal, who will kick off the series Oct. 1, is described as using music “as a form of politically engaged community-building.”

For more information about any of the performances, visit the Reston Community Center website or call 703-476-4500.