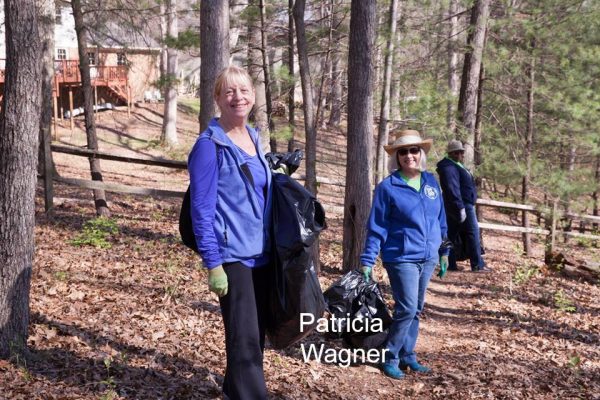 For the second consecutive year, one Reston resident has gone above and beyond in the effort to remove an invasive plant from the community.

In each of the past five years, Reston Association’s Habitat Heroes program has held the Garlic Mustard Challenge to encourage the uprooting of the plant. Garlic mustard is a widespread and aggressive non-native plant species that kills off native plants, which eliminates ground cover or food sources for local animals. According to information previously provided in Reston magazine:

Because it has few enemies in Northern Virginia, garlic mustard can completely dominate a forest floor in less [than] five years by displacing hundreds of native plants, ferns and wildflowers. Garlic mustard also damages local insect populations. For example, several butterfly species lay eggs on garlic mustard because it resembles their native “host” plant, but the larvae die because they cannot eat garlic mustard.

This year, volunteers in Reston pulled 3,080 pounds of the plant during the four-month challenge. One woman, Patricia Wagner, did her part and more. Wagner was the winner of the challenge in the individual category, pulling 2,636.5 pounds of the plant. She also won the competition in 2016, when she pulled 2,360 pounds.

In the small group category, CA Technologies won for the fourth consecutive year. This year, they pulled 166.6 pounds.

In the large group category, Reston Environmental Action also was a four-year repeat winner. This year, they pulled 277 pounds.