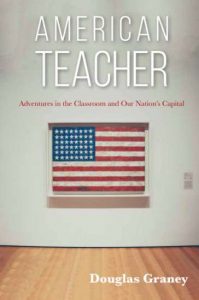 After starting his career teaching in Connecticut and upstate New York, Graney came to Herndon High School as a social studies teacher in 1992.

According to publisher Mascot Books:

“American Teacher” details Doug Graney’s journey to becoming a celebrated teacher at Herndon High School. Following a career packed with political and historical field trips, holding government officials accountable including Colin Powell, Sandra Day O’Connor and many members of congress, generating spirited debate, and creating the largest congressional intern placement program in the country, “American Teacher” is the story of a man dedicated to his students and their education, no matter what.

Graney’s book can be purchased through Amazon and Barnes & Noble.