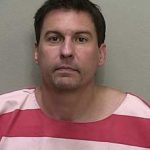 Fairfax County police detectives, together with officers from Ocala, Florida, have arrested a man on suspicion of committing sexual assaults against four women in Reston 22 years ago.

In a statement issued Monday, Fairfax County police said DNA evidence uncovered on Aug. 25th of this year confirmed a lead they had previously been pursuing in a cold case involving the sexual assault of four women in an apartment in the 11000 block of Olde Tiverton Circle in Reston back on June 6, 1995. That lead pointed them to 49-year-old Jude Joseph David Lovchik.

Police said that up until September of this year, Lovchik had been living in the 7200 block of Linden Tree Lane in Springfield, Virginia. After that, he reportedly moved to Ocala, Florida. Police reportedly tracked him there and arrested him during a traffic stop at an intersection near his home.

Lovchik is now being held in a Marion County jail in Florida while authorities await extradition orders to Fairfax County.

Lovchik is facing charges of being a fugitive from justice, armed burglary, abduction with intent to defile, and sodomy, and authorities said further charges may be filed once he is extradited back to the area.

Local officials said they are also working with the four female victims in this case, to provide them with needed moral support given this latest update in the case.

Further updates will be released if additional charges are filed.