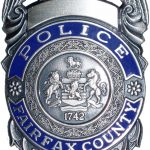 Police from the Reston District are seeking to file charges of unlawful entry for two teens who were caught breaking into Herndon High School over the weekend.

According to the police report, two students were caught inside the school at 2:40 a.m. on Sunday morning. Police said there appears to have been no property stolen or damaged in the incident.

In other local news, it appears to have been a relatively quiet Halloween in the Reston area. No major incidents have been reported; only a few larcenies, and no stolen vehicles.