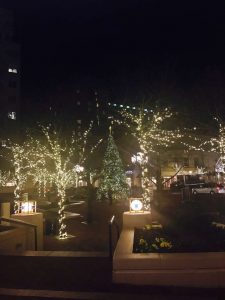 Reston Grandmother Fighting For Pay Hired After Being Fired— Swartha, Tujare, 67, lost her job as a wheelchair attendant at Dulles International Airport after she participated in a strike demanding higher wages. Huntleigh Corporation, an airport contractor, fired her; but after a settlement, agreed to give Tujare her job back along with more than $4,000 in lost wages and benefits. [WUSA 9]

A 4.1 Magnitude Earthquake Rumbles D.C. Area —  Shocks from an earthquake centered in Dover, Delaware were felt throughout the D.C. area, including Reston on Thursday. The location of the quake was near the Doer Air Force Base, according to the U.S. Geological Survey. [NBC Washington]