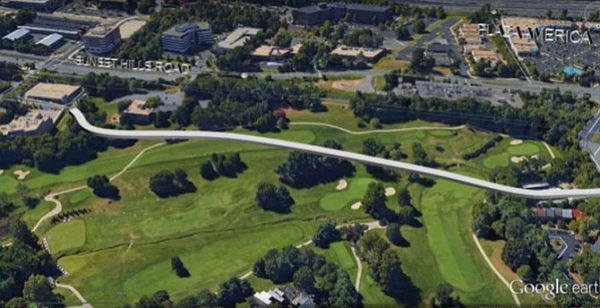 This is an op/ed submitted by Dennis Hays, president of the Reston Citizens Association. It does not reflect the opinions of Reston Now.

Good governance requires a bond of trust between citizens and their elected and appointed officials.  This trust can best – in fact only – be achieved and maintained when citizens are confident officials have the community’s best interests at heart and all proposals and plans affecting the community are fully presented and discussed.

County officials are currently proposing to amend zoning ordinances to allow significantly more population density in Reston.  They make their case by stating such amendments are required to fulfill the vision of the Reston Master Plan.   More specifically, the Plan is the only justification given for proposals to add tens of thousands of new housing units without providing the basic infrastructure needed to support such growth.

So, is the Plan by itself enough to satisfy the need for transparency and to engender trust?

County officials will tell you the Plan was developed by the “community” through an exhaustive series of meetings held over six years.  Sounds good, but the reality is something very different.  First, membership in the working group was heavily weighted toward developers and their attorneys.  Second, and equally troubling, the Plan has been amended after it was theoretically finalized, without community input.  The following is one example why this should be of concern to everyone who lives, works or plays in Reston.

In mid-2015, after community involvement had concluded, an unmarked line representing a new road mysteriously appeared on revised maps associated with the Master Plan (Staff Report, Appendix B page 60).  This new road would connect Isaac Newton Square and American Dream Way.  The stated purpose is to “construct or improve {a} local or collector street.”  What it actually does is cut through the full length of the fourth fairway and across the approach to the third green of the Hidden Creek Golf Course, thus destroying the integrity of Hidden Creek.   As several observers have pointed out – there is no such thing as a 16 hole golf course.

The placement of this road directly violates the letter and spirit of sections of the Comprehensive Plan rarely mentioned by County officials – the sections  which call for this area to perpetually be “open space, designated as a golf course.”   And open space and recreational areas – along with roads, bridges, schools and public safety – are among the issues ignored or shortchanged in the density proposals.

So, where did this road come from?  No one knows–or will admit to knowing.  The Reston Association wrote to the County last January opposing this road and asking for an explanation of how it appeared.  Eleven months later they continue to wait for a response.

Perhaps this was a mistake, quickly corrected?  No, the road remains in the current edition of the Comprehensive Plan –  no longer in an appendix, but now promoted to the main body of the report (page 137).

Does the addition of this road have anything to do with the recent sale of Hidden Creek to a development company? One can only speculate.

The County/citizen relationship is important enough to give the benefit of doubt as to how we got to this point.  But this can’t be ignored any longer.  County officials need to explain why this road appeared out of nowhere and why the County has refused to provide information on it, despite repeated requests.  Although it is late, it isn’t too late for the County to respond.  But there are only two possible explanations and courses of action:

First, the County acknowledges this was a mistake, perhaps just an overeager subordinate acting without proper review or authorization.  If so, the road needs to be immediately removed from the Plan.  Second, this was not a mistake and the County does want this road built and open space bulldozed.  In that case, the County needs to take ownership of the proposal and try to justify the multiple violations of its own rules and planning guidelines.

It’s a matter of trust.