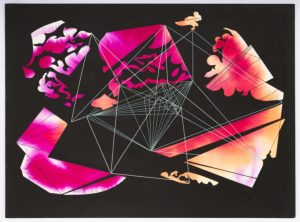 The Greater Reston Arts Center will hold an opening reception on Saturday centering around the work of Paulina Peavy, a formally trained artist who came to believe people came spirits and inhabited the universe as invisible atoms that could mold into various forms when they reached Earth.

The reception will be held from 5 to 7 p.m. at the Greater Reston Arts Center. The exhibit, which will be open for view from Saturday through Feb. 17, is the first to bring together a selection of Peavy’s work across disciplines, representing the artist’s radical worldview and philosophy.

GRACE promoted the following description of Peavy and her work:

Paulina Peavy (b. 1901 Colorado Springs, Colorado; d. 1999, Bethesda, Maryland) was a prolific artist who worked across genres including painting, drawing, poetry, and film. Though formally trained in art and science, Peavy excused herself from the mainstream arts community after becoming a regular attendee at a weekly séance in 1932. At these gatherings, the artist was introduced to her spirit muse, Lacamo, who she came to collaborate with for the remainder of her life.