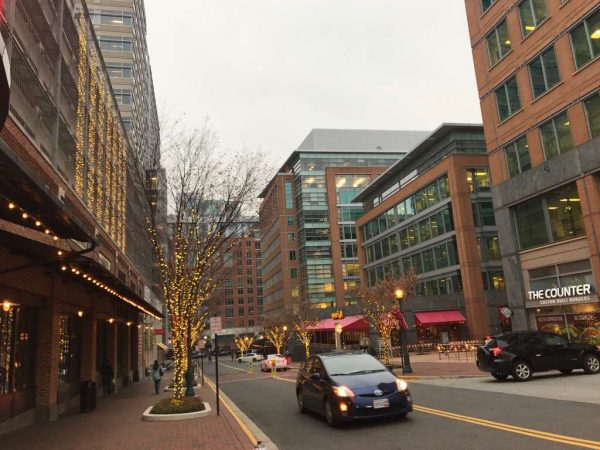 Reston-based Leidos Offering Bonuses to Find New IT Hires — The company, which is the largest IT services contractor for the federal government, is offering a $2,000 bonus for every referral that results in a new IT hire. The company posted a third-quarter operating income of $151 million in revenue, a 34 percent jump in sales. [Washington Business Journal]

Coalition for a Planned Reston Holds “One Reston” Community Meeting — The coalition mobilized Monday night in opposition to a zoning amendment that would increase Reston’s population density, among other changes. After a discussion with attendees during the open floor meeting, the group plans to submit 10 suggested changes to the legislative package before the county by Christmas in order to better manage infrastructure and development. According to Terry Maynard, President of Reston 20/20, said the meeting attracted more than 130 attendees. “A key theme throughout was the necessity of the entire Reston community working together as ‘One Reston’ to meet the challenges of shaping the Reston plan and assuring individual development proposals meet the expectations of the community,” Maynard said. [Coalition for a Planned Reston via Youtube]

Herndon Middle School Bike Shop to Give Away Bikes on Saturday — Bicycles refurbished by the after school program that meets on Wednesday and Thursday afternoons, will be distribute to 10 children at the school. Recipients were provided by Cornerstones’ Neighborhood Resource Center in Herndon. Members of the club will provide and fit free helmets for recipients. [Fairfax County Public Schools]