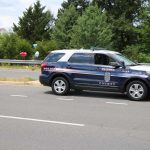 Fairfax County police are warning residents in Reston and Herndon about a string of robberies that happened between September and January.

Police said all 20 break-ins “appear to be similar in nature.” In each instance, robberies occurred at homes, town homes and apartments near a walking path or woods. Personal items were also taken.

The investigation is ongoing, police said.

A police spokesperson said the department is not releasing any further information, including how the incidents may be connected and if suspects have been identified.