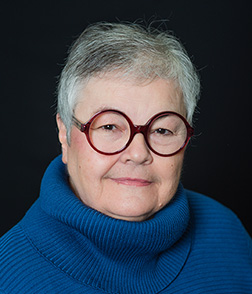 Voting in the 2018 Reston Association Board of Directors election will run from March 5 through April 2. This week, we will begin posting profiles on each of the candidates.

Featured here is Tammi Petrine, who is facing one Julie Bitzer for the three-year South Lakes District seat. The profiles are in a Q-and-A format. With the exception of minor formatting edits, profiles are published in unedited form. Each candidate had an opportunity to answer the same questions in their own words.

In 1976, my family moved here from a beautiful small town in Illinois when my husband took a job with the FDIC.  On previous visits to the DC area, we had discovered Reston and were SOLD immediately on its diversity, beauty and reputation as a planned community.  When we moved here, Lawyers Road to Vienna was part gravel and forded Difficult Run Stream.  South Lakes had not yet been developed, nor had N. Point.  The Dulles tollway did not exist; Rt. #7 and Lawyers were the main access roads to the New Town.  Reston Town Center (RTC) and Metro were but dreams.  We shopped at the cramped Magruder’s grocery in Vienna, an iconic Washington institution with an international clientele – diversity in Technicolor!  Thriving though the years is the activist, pioneering spirit of Reston, where all are welcomed and robust opinions are expected.  But where we once led the way as the premiere planned community in the world, today we are fighting to keep the character of our unique community alive.

During our 42 years in Reston, I have participated in a variety of community organizations, but became intensely interested in RA when the 2013 Lake Anne land swap occurred.  I was alarmed at irregularities that occurred during that process and later became involved in the debate over RA’s purchase of Tetra.  Looking at both Tetra’s run-down condition and the property’s limitations, I knew instantly it was wildly overpriced.  When the referendum to purchase passed by a narrow margin, I vowed to get to the bottom of how RA members were so misled.  Curious others, also concerned with the radical transformation of our planned community, conducted successful campaigns to be elected to the board.  When two directors resigned this year, two very active community volunteers were appointed.  This allowed a strong new board majority to closely examine RA internal processes.  When the recent independent Callaghan/Gallagher exposé on Tetra was presented, I knew we could not afford to backslide into a situation where special interests could manipulate RA decisions over the well-being of all.  An aging community has many challenges, but our financial and ethical integrity is paramount to serving our membership well over the long term.

Reston is a complex puzzle and our history is not always pretty.  For the past 10 years, I have attended 100’s of meetings.  As a Reston Citizens Association (not RA!) board member and Co-Chair of Reston 20/20, I have learned about Fairfax County’s Small Tax District #5 (aka Reston Community Center) and RA.  At the county level, I have interacted with planners or chiefs in most departments.  I have been an outspoken advocate for the rights of Restonians in many issues:

I have been privileged to serve as a member of Reston’s diverse, committed volunteer army and hope to use my knowledge and love of Reston to carry on in service to the residents of RA’s South Lakes District.