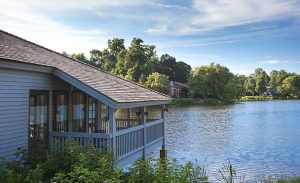 A proposal by a Reston Association board member to consider involving the state’s legal counsel to review the $2.65 million purchase of the Tetra property was withdrawn Thursday night.

At-large Director John Bowman withdrew his motion due to a procedural error and because he indicated the review by the Commonwealth’s attorney was not the most appropriate avenue to seek closure.

The motion was filed following  a critique of the purchase by two RA members. The report flagged concerns about possible conflicts of interest, inadequate internal controls and limited transparency.

David Bobzien, the board’s vice president, said it became apparent that the Commonwealth’s attorney would only be able to investigate criminal misconduct, a review that would not lead to possible civil claims against third parties.

“I have not heard a credible suggestion that there is any criminal activity involved in the Tetra situation,” Bobzien told Reston Now.

Additionally, the way the motion was filed did not follow RA’s procedures.  In a statement, Mike Leone, RA’s director of communications and community engagement. wrote the following:

Any proposal to go before the full RA Board should first go to the Board Operations Committee (BOC) for review and it is then the BOC decides what will be placed on the Regular Monthly Board of Directors meeting agenda. Since it did not go before the BOC, Director Bowman proposed that it be withdrawn so that it can follow the proper procedure moving forward. It is possible the item will be added to the March BOC agenda for review and subsequently the March Board of Directors Meeting agenda for consideration next month.

Bobzien said it’s unknown if other motions in connection with the Tetra purchase will go before the board in the coming months.